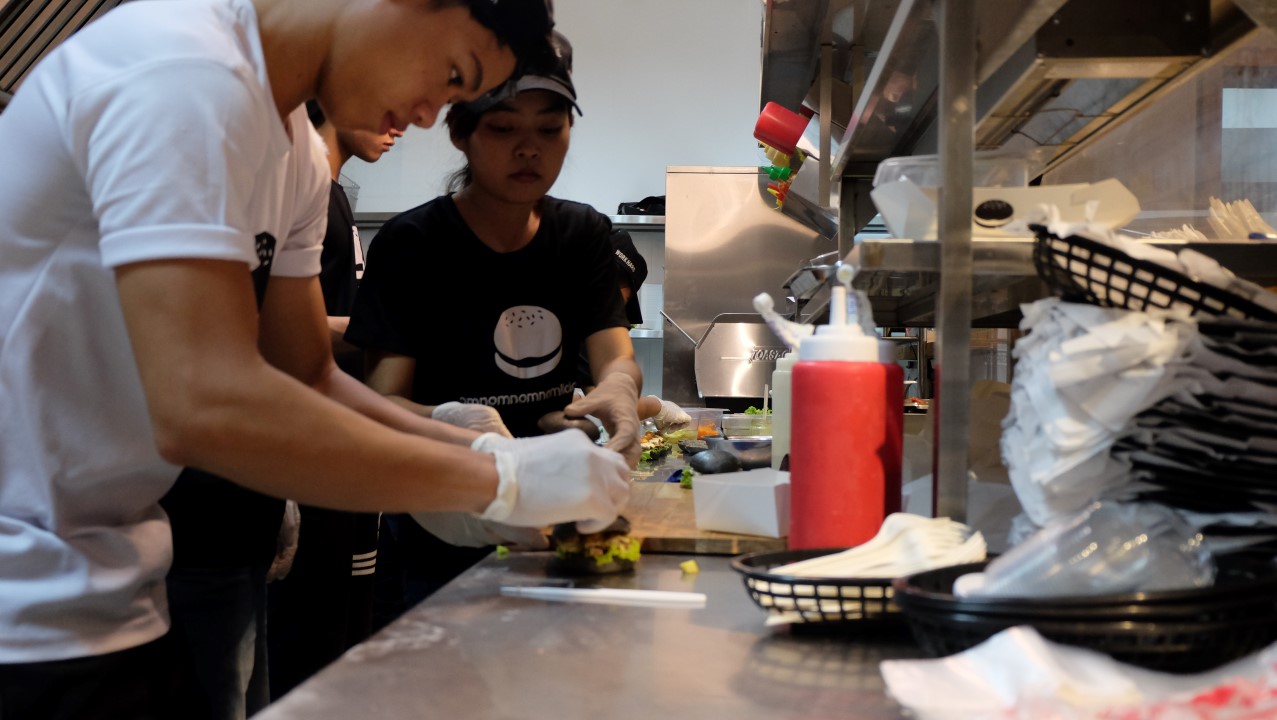 myBurgerLab, the Malaysian burger chain, recently announced the coming back of the Burger Battle. Contestants carefully prepared their menu to be judged.

Began last year, the first and second Burger Battle concept accomplished their mission very successfully and brought two current famous burgers like Blue Taro (the winner of the first battle) and Spicy Gang Won-do (the winner of the second battle) to menu, received massive supports from the customers. The selection was done by many judges to receive different perspectives and views on the taste of each burgers. The criteria of judging is included Instagramable (the appearance on how it will look on the photo), Flavors, Textures, Sauces, and Creativity/Complexity.

In this third battle, there are currently 8 burgers running for the champion such as Pate Shrimp, Vegetarian, Spicy Corn, Chilli Fish, Spicy Lemon Chicken, Hungry Every Time, Fish Burger, and Spicy Sausage. A glimpse of one among the 8 burgers, Hungry Every Time. Stay tuned with us to see who will be the final champion of Burger Battle 3.0 on 30th November.